When we moved I had to leave behind my flower garden and my vegetable garden that I have spent the past 6 years developing. Luckily there is a lot of landscaping already done at our new house, I want to add more flowers, but there are plenty of trees and shrubs and a good foundation already in place. There is also a little area that is fenced off with two raised beds in it that we are going to use for a vegetable garden this year.
I have never put a veggie garden in a raised bed so this is a new adventure. The kids helped me pull all the weeds out of them over the course of a couple of days and then they helped me break up the dirt and get it all ready. Finally last Friday we decided to plan. And honestly I don’t know if any of the seeds I had were any good any more or not….Over the years I’ve just stuck them in a zip lock baggie and called it good. I had to go through and figure out what we even had. Finally we were ready to plant.

The garden space is much smaller than what I’ve had in the past, but this year with everything going on, I think the limited space will help with our limited time and attention we can give to the garden. I decided to plant some corn (which I’m pretty sure won’t do well in the limited space and raised garden, but they boys get excited about it, so why not try), broccoli, pumpkin (just one plant since they tend to go nuts), zucchini (also just one since we still had frozen zucchini in our freezer that we threw out when we moved from 5 years ago….), lettuce, spinach, onions, carrots, kale, and a cherry tomato and habanero pepper plant. The last two I put in walls of water…and I know it WAY later for starting them so my expectations are low this year. And that’s ok.

I had super cute helpers and really that’s all that matters. Hopefully we get a few veggies out this year, but its kind of more of a year of figuring out what works and what doesn’t and what we can handle with 5 kiddos. I’ll keep you posted throughout the summer…. 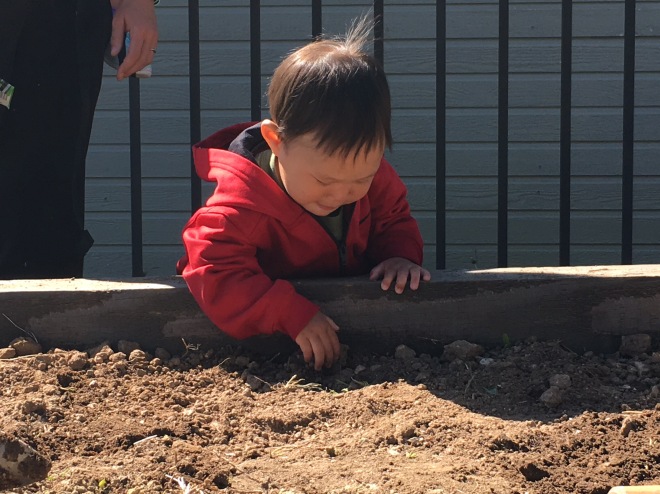 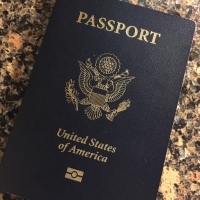