Today marks 3 months home. It also marks 2 years since we sat in our agency office signing paperwork to make Edric ours. Did we have any idea what the journey was going to look like 2 years later- no, but who does when you sign on to this thing called parenting. It is far more terrible and far more wonderful all in one and at the same time than we ever thought possible.

I feel like sometime over this past month we took a breath and turned a corner. Not sure what corner it was or when exactly but things seem a bit easier and a little brighter and we don’t feel like we are in a deep fog/haze any more. I still can’t promise to make any sense when I talk with other people, but I think I held my own at my work Christmas party last week and didn’t start to talk and trail off midsentence with no idea what I just said or even what I was thinking 2 milliseconds earlier. And I still collapse on the couch each night utterly exhausted, but things are getting easier.

Edric adores his two brothers and wants to do everything that they do. Sometimes too much, but he thinks they are the greatest people on earth and wants to do just what they do. He noted yesterday that both had changed into their bronco shirts and so he ran into his room and pulled out his bronco shirt which is actually totally different than theirs, and ran to me to put it on him. He hasn’t figured out yet that he isn’t quite as big as them, especially Leighton, but that hasn’t seem to stop him.

When he’s not captivated by his brothers and doing whatever they are doing he seems to be a big fan of tractors and trucks. Which may seem a bit general especially for a little boy, but I’ve been able to see an actual interest grow in him that is not just mimicking the older two. He thinks snow rocks. I don’t know how often it snows in Seoul, but also he was only 18 months old last year so I’m not sure if it did snow if he would remember it now. It will be fun to take him sledding and snowshoeing and cross country skiing (although the later may wait a year…while we are out of the fog, this are still a bit crazy around here).

And language is coming along. By no means do we understand each other. Well he understands a decent amount of what we say, but there’s still leaps and bounds to go. I think the biggest new word he’s learned in the last week is “potty” which is awesome because he’s jumped on the potty training wagon and pretty much rocking it. Granted he peed all over our friend’s brand new hardwood floor 3 evenings ago during our small group, but besides that he’s probably been the easiest of the three boys to potty train. Which is amazing given the huge language barrier. The key has been letting him hold the container of M&Ms. As long as he can hold it, he’ll do his business, and he also signals and says “potty” when he needs to go. Now if I could just get him to understand that sometimes (like when mommy is driving the van and we are still 10-15 minutes from being wherever we are going), saying “potty” isn’t real helpful. Especially when I just took him as we were walking out of the door 5 minutes ago… Oh well.

And attachment is coming, last week when we were at Caedmon’s preschool program, we were at the little reception or whatever afterwards (you know where kids were eating cookies and parents were trying to convince them that cucumbers were a better option to eat at 6:45 PM), and he found a toy to play with in the classroom and after playing for a few minutes, looked up, looked around, and then came to find us and check in. That’s huge. He’s getting much more secure with us, others still have a long ways to go. Clint’s parents are in town this week and he has kept his distance quite a bit, and also at lunch didn’t chew his food and was back to putting everything in his mouth during play time. All of those signal to Clint and I that he’s feeling stressed and overwhelmed and since we’ve finally figured out some of those signals we knew we needed to help re-center and re-connect with him to help him feel more secure.

And so we are plugging along. 2 years post papers, 3 months home. In a couple of days we’ll celebrate his first Christmas home as we reflect and celebrate that first Christmas many years ago and another long awaited little boy. 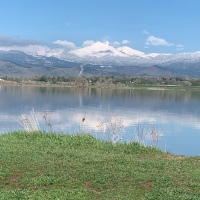 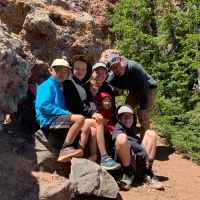 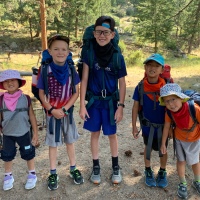 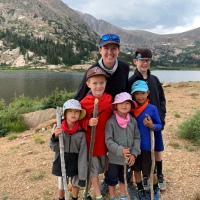