Sometimes in life I have really great ideas. Other times….well not so much. After finishing Imogene Pass Run last fall I decided I wanted a spring race and I wanted it to be pretty and not too long. Not too specific but those were my criteria. So in my google searching I stumbled upon the Collegiate Peaks Trail Run. The photos looked amazing, it was in early May, and they had a 25 and a 50 mile option. 25 miles seemed to meet my criteria of “not too long”. Not really sure how that happened since the last time I ran a marathon was 11 years ago….not to mention that the website said that “due to the forrest service changing some roads it was actually 25.7”. Which come to find out at the race meeting the night before that more roads were changed and so it might be a little longer….my garmin watch said 26.1 when I crossed the finish line. And I clearly forgot to look at the elevation chart which looked like this…. 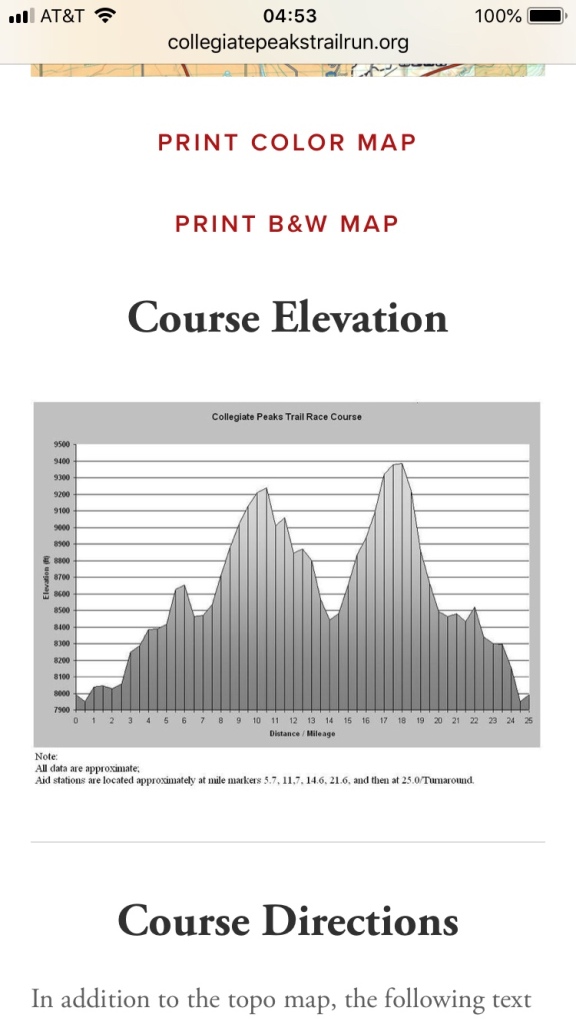 Did I mention I’m not a big fan of hills? Well that’s not entirely true, I like going down them…just not up them. I think I justified it to myself by telling myself that the last 7-8 miles was all down hill.

So 450 some training miles since January 1st later I found myself on Saturday morning at 6:29AM in 31 degrees of clear skies with about 300 other runners standing around the start line. I like trail runs, they are low key without a lot of fuss….ie just 5 minutes before all 300 of us were standing inside the community center trying to savor the warmth and look somewhat awake. The big road races that I’ve been to there is always someone singing the anthem, someone making announcements, a count down to the start, usually someone important saying things, etc etc. Not so with trail races. At 6:30 on the dot a little cannon went off and everyone kind of jumped and then hit their watches to start and we were off. 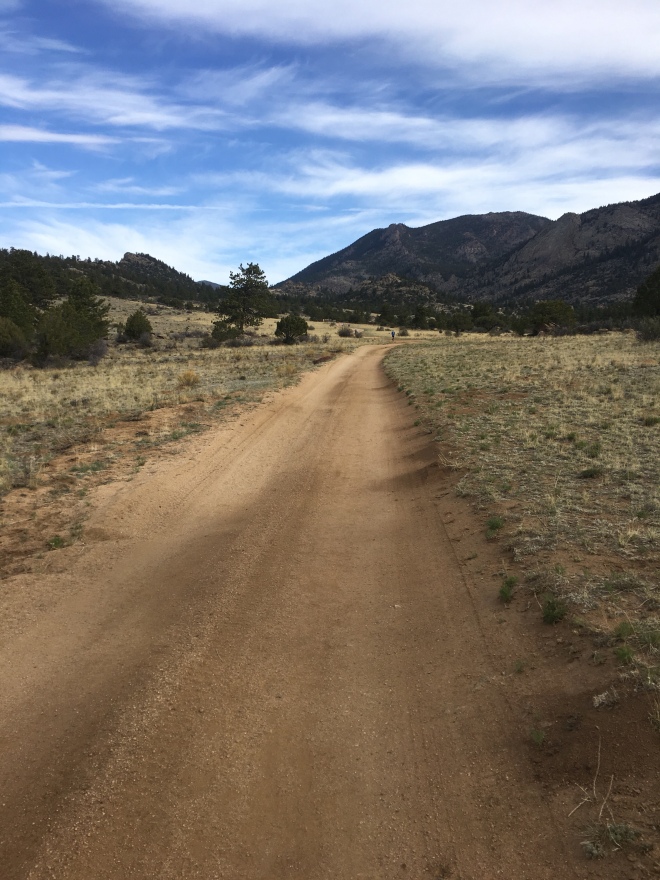 The first few miles were nice and flat and then around mile 3 we turned onto some Jeep roads and started to climb. And climb and climb. The hills up till mile 9ish weren’t that bad, I had to walk up bits of them but was still doing good. I did start to mutter under my breath around mile nine every time I turned a corner and saw the next hill “Seriously, you’ve got to be kidding me dude”. The first aide station was at mile 5.7. I love trail race aide stations because the volunteers are so happy to be there, they will chat with you for a few while you grab a snack or rest. Plus the aide stations for trail runs are loaded with good things, cookies, chips, pretzels, M&Ms, Andies Mints, fresh fruit, seriously if you need an excuse to try a trail run, the aide stations should be enough of a reason. I was also super impressed with this first aide station, they had their grill set up and lawn chairs ready, because while they were the first aide station for the 25 mile loop, they were the last aide station for the return 50 mile run which meant they were going to be there till 6PM that night. 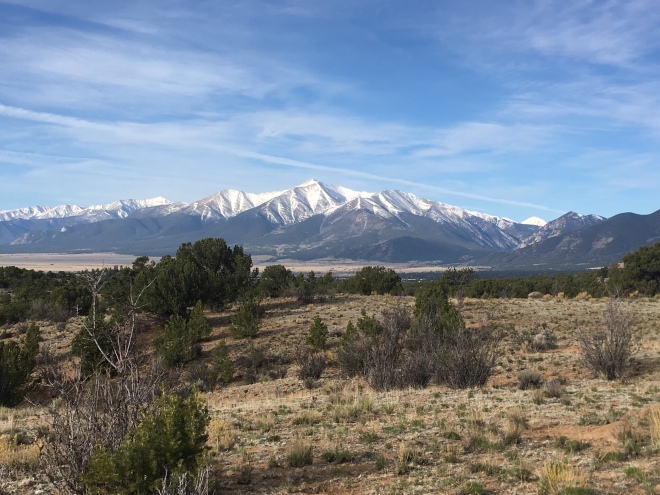 Around mile 12ish I met a police officer from Austin and he and I ran together for a bit. He would run ahead and then I’d pass him on the downhills then he’d catch up and pass me and then back and forth for a few miles. He took a photo of me around mile 13 and we just encouraged each other along. There were sections of the race that I didn’t see anyone for awhile and sometimes wondered if I’d missed a turn somewhere. The route was intermittently marked with orange flags. Early on while running through a sandy section I was concentrating so much on my footing in the sand that I missed one of the turns, luckily one of the guys behind me called out and caught me before I’d gone but a few steps past. Still there was always that concern that I’d missed a road somewhere when it was awhile between seeing people.

Miles 15-18 was the other big hill. And my legs were not having it. I quickly realized as I started up that I could steadily walk up the hill faster then I could run it and then limp. It’s something to work on for next year…more hills and endurance.

At mile 18 I knew I was at the top of the course and it was just downhill into town….and 8 miles. It was getting warm, pushing 65 degrees at this point and really sunny. The next 3 miles went really well, the trail was narrower and more rocky so I had to be more careful of my footing, but I was feeling pretty good. And then I ran out of water at mile 21. And my hips really started to hurt and I kind of hit a huge wall. About 4 guys and myself kept changing positions along the way, we’d get all spread out and then pass each other and spread out again. We were all hurting. And we were seeing a number of the 50 miles headed back up on their return loop. I cheered for each of the 50 milers that I passed, and they smiled and cheered me one right back. I don’t know how they did what they did, but I admire them all greatly for doing it. Around every corner I was hoping for the aide station and it kept being elusive. Finally at mile 22.7 I found it. I restocked on water and started back down again. 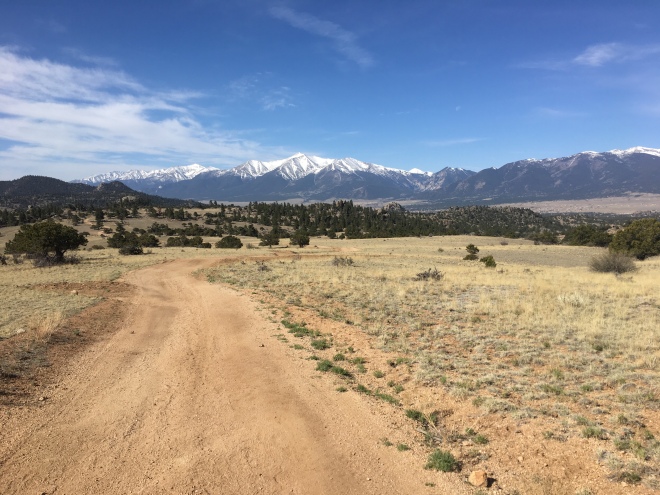 I didn’t really think much about what I wore , just my favorite shorts and tops with my compression socks, but I got a number of compliments on my compression socks, they were black and white striped. All along the trail people told me they liked them and around mile 23 a mountain bike group passed me and one of the girls told me “you have the best outfit, I want to get into running just to wear the fun clothes that you have”. She passed by me around mile 25 again and said “oh good there’s the fun sock girl, you are almost there”. By mile 24 and 25 I could see town and it seemed so far away still. My goal time had long come and gone…I was limping a lot and just trying to keep putting one foot in front of the other. Praying that I would make it to the end and not so sure I could.

The community center finally came into view and I smiled as I made it across the finish and then just about collapsed in Clint’s arms. My time wasn’t anything to write home about and not great at all, but I have to remind myself that I’ve never been fast, I run for my own physical/mental/spiritual health and getting to the finish line is always my goal. I work a whacky schedule, have 5 kids, and I do what I can do, even if it is slow. 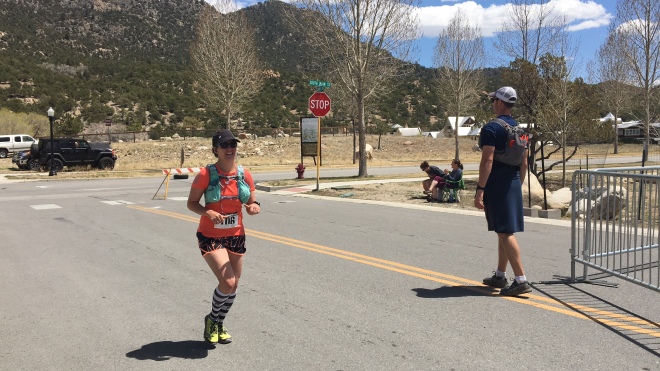 I’m still limping along, but slowly recovering and already looking forward to running again next year…definitely going to keep with the 25 (26.1 in reality) and not the 52 mile run though….I’m not that crazy! 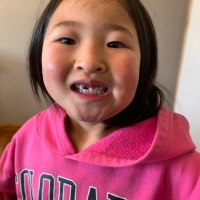