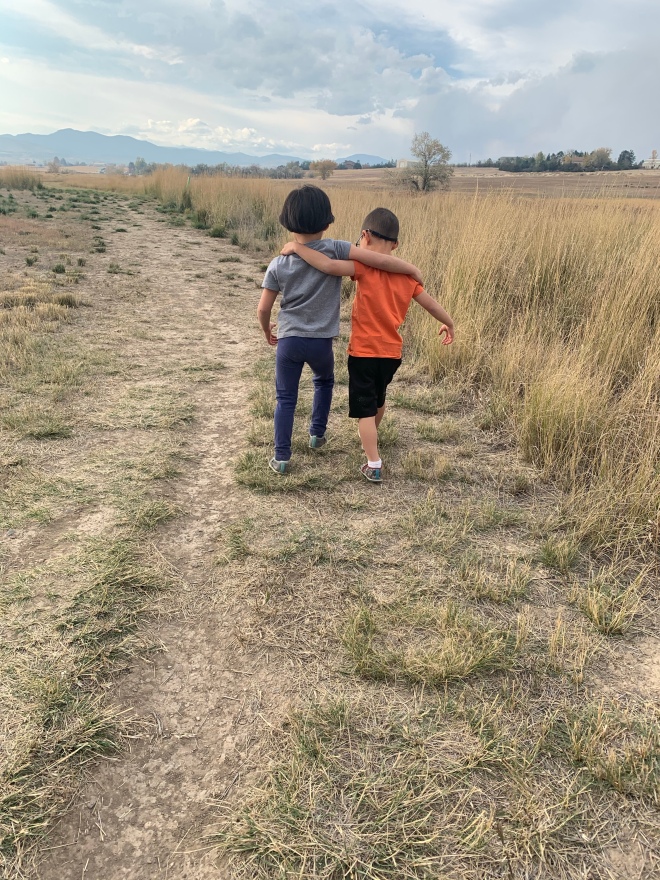 Since the beginning of August smoke from the forest fire near Cameron Peak has become a daily thing. Not typical at all for Colorado and so last Monday when the sky was actually clear and blue for the first time in weeks I thought maybe the fire was dying down. However on Wednesday we had terrible winds and the fire grew south and east a ton. And it continued to grow Thursday and Friday and we stood in our driveway Friday evening and could see the flames on the ridge. From the evacuation maps we were only a couple of miles from the evacuation line to the west and a couple more to the north. After discussing it, Clint and I decided we would go ahead and evacuate at that time because the winds were going to pick up again on Saturday and we figured we would rather move and pack while we had time and not in a hurry. As we started to grab things we realized that we really didn’t really need anything but the kids and some clothes, there’s nothing that we have that is that important. We grabbed some photos and the important papers that we have and other than that we had everything. We had asked the 3 older kids earlier what they would grab if they had to evacuate and they each said they would grab their Bibles and the cats and hamster. So we got those things too. The kids did really well with the transfer to my parents house and we kept things pretty calm and easy, Sunday things cooled off and we had a bit of a rain/mist and some of the evacuations were lifted so we moved back home, but we know that it is far from over and we may be moving again. But it was a really good reminder that really the only things that matter in my house are the 7 people that make up our family and just taking the time to love and encourage them in the midst of all that 2020 has brought. I know there are many many families that have lost everything because of the fire and my heart goes out to them.