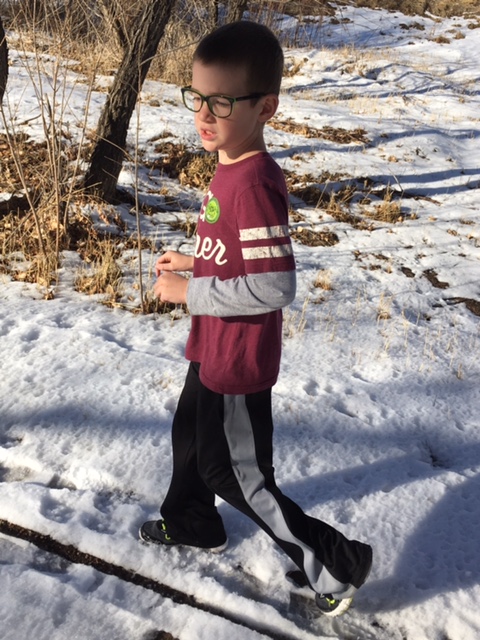 And so it begins.

Actually since I made it my goal to run 1000 miles this year I started running on the 1st, with the intent of getting ready to train and be in shape for Imogene Pass again come September, but Leighton has decided that he wants to finish in the top 15 in his age group this year for the Bolder Boulder. So we started that training as well. Often I’ll go for my run and then get back and he and I will then go out for a run.

I’ll be honest, the training that he has done for the past couple of years for the Bolder Boulder hasn’t been much. We’ve gone on a couple of runs each week starting in late March or April and called it good. He’s super active as it is and does gymnastics twice a week (or technically gymnastics once a week and ninja zone training once a week, which really is the same thing they just call the skills different things and make the boys think they are kicking bad guys rather then doing chin-ups-pullovers…but they are the same skills).

And last year he finished 24th in his age group. He learned though that if he finished in the top 15 he would get a medal. We looked up the times and he only missed 15th place by about 6 minutes. I was thinking, “no problem, he cut over 20 minutes off his time from the year before”. And for being 6 and running a 10K in 1 hour and 32 minutes I thought he did pretty awesome. But then we looked at the top finishers for the 7 year old boy group last year. Something clearly happens between 6 and 7, as their top 15 times ranged from 50 minutes to 1 hour 9 minutes. That’s quite a bit faster. And I was pretty honest and open with him and let him know that if we are going to be serious about this goal this year then we need to buckle down and do some serious training and stay focused.

We are a couple weeks in now and he’s doing good. We are working on running 3 or so times a week and doing short 1 mile runs that we’ll add distance too at a set pace and then usually a longer run each week as well, at this point our “long run” is 2 miles because he is 7…. Lately we’ve had snow and mud to deal with, but I’m real proud of him. I don’t know if we’ll make our goal, but we are going to give it a real try and I’m excited to watch and see him grown and struggle at times and come out on the other end knowing he did all he could do and worked his hardest. I hope he meets his goal, but I know the character development that he is going to gain through this will carry him so much farther in his life then any medal. 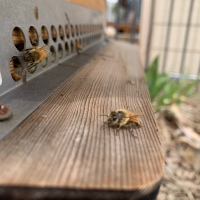