We got our photos of Edric’s first birthday with him all dressed up in his traditional Hanbok. As I’ve mentioned before the first birthday is a big deal in Korea and there is a very formal ceremony that takes place. The ceremony and celebration is known as a Dol.

As part of the ceremony the child is placed in front of a table with a number of items laid out and they are then allowed to choose an item. Whatever the child chooses is supposedly indicative of what he or she will become. Some of the traditional items that are placed include multi-colored thread (talented in art), coin (wealthy), book/pencil (scholar), thread (long life), judge’s gavel (to become a judge), and stethoscope (to become a doctor).

When we celebrated Edric’s birthday we talked to the boys about the ceremony and asked them what they thought Edric would chose. Caedmon is too young to understand and he was more focused on the fact that we were going to go and get ice cream to really care. So Leighton being the older brother took it on himself to answer for both of them. He said “I think he will choose a fire truck, and Caedmon thinks he will choose an ambulance”.

So when we got the photos this week we looked and saw that he had chosen a judge’s gavel. We showed the boys and Caedmon immediately saw it and said “Edric Bam Bam” which is what he calls hammers. Leighton asked what it was and I took the time to explain that it was a tool that judges use. I then had to explain what a judge does. He got very thoughtful for a bit and then said “Well, I think it looks like a hammer”.

At least we know that with his own hammer he will fit in very well around here! I’ve become very good at saying “no boys, we don’t just hammer nails into the wall wherever we feel like when mommy isn’t watching”. 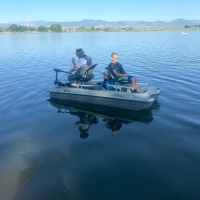 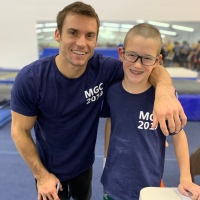