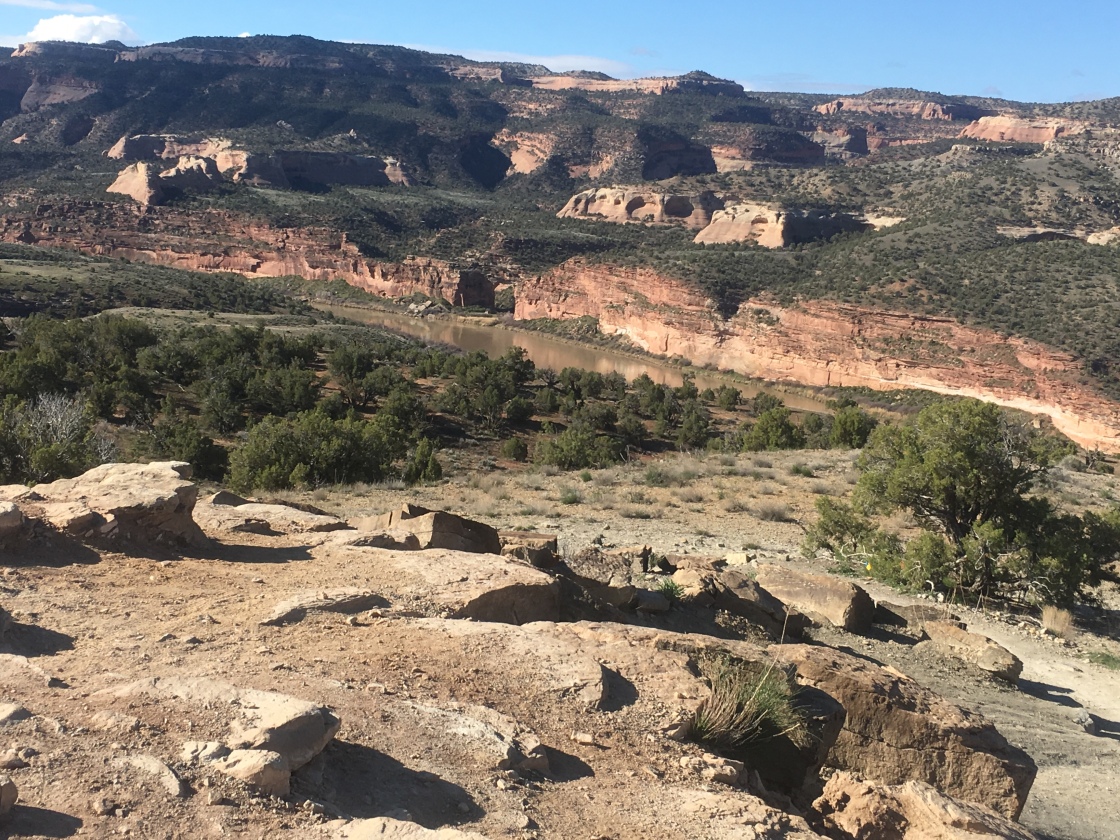 I found myself Saturday morning running many many miles in Western Colorado. We couldn’t have asked for a better day. It started really cool before the sun came up while we were waiting at the start line. I think it was in the. Mid 30s. Clint got a few photos of me waiting for everything to get going. The sun came up just a few minutes before we started but there were some low clouds on the horizon so we eweren’t glaring into the sun as we started out headed west. As I started the long nearly 1000 foot climb up the first big hill the sun was poking through and shining down on the little towns in Western Colorado just a few short miles from the border of Utah.

Cresting that first hill though and looking down the other side to the Colorado River valley/canyon area was just beautiful. Kind of made me forget the big hill I had just climbed, although my legs later remembered tha hill quite well. We had a nice easier run down into the valley and to the first aide station at nearly mile 6. At this point the runners doing the 50K broke off and took an extra 4.7 mile loop while those of us just doing the marathon (26.2 miles) headed out on the trail. Yes it was only another 4.7 miles to do a 50K, but really 26.2, (and by the end I think it was more like 26.8) was more than far enough for this busy mommy. We meandered around the canyon edge for the next few miles and it was just breath taking. I tested gravity at one point and gravity one and my knees ended up bloody, but nothing that I couldn’t clean up with some baby wipes at the 10 mile aide station.

At the 3rd aide station at mile 13.5ish there were some nice mountain bikers, the first only non runners I had seen all day. THey were trying to figure out where to go so that they wouldn’t hinder any of the racers and I heard one of them ask the aide station worker why we were running, and the aide station worker replied “they forgot their bikes, they are all running to get them”. I don’t know why but it made me giggle for the next mile or so.

And then I kind of struggled. Well more then struggled. There were some pretty big climbs again and I was not feeling it at all. I knew Clint was at the next aide station around mile 20 but that still seemed a long way off. I texted my friend Amanda who had been sending me encouraging messages all along the way and she was quick to respond with some encouragement, but it was still a struggle. My legs began to feel like concrete. Looking back now I realizeI hadn’t done the best job of fueling from about mile 15 on, so the last 10 miles were really tough.

Clint met me at mile 20 aide station and I realized then that my phone battery was dead and so I was going to have to power through the last 6.5 miles or so without any music or podcasts. And the aide station at mile 20 was the base of another 1000 foot climb over the next 2.5 miles. All in all by the time I made it to the end I climbed nearly 4000 feet which was a lot. By about mile 22 though I was done. I was really to be finished and ready to just call it quits. There was an older guy and he and I kept trading spots along the trail back and forth through that section and we encouraged each other along for those last few miles. One of the things I really love about trail marathons is how everyone encourages and supports each other along the way. Despite the encouragement and support those last few miles I was telling myself the whole time “I hate this, this is stupid, why did I decide that 26 miles is a good idea, I can’t do this, I will never do this again” and on and on and on.

Then I saw the last 1/2 mile of the trail leading into the finish line and parking lot where we started and suddenly I totally changed what I was thinking and it became “this is the best thing ever, I love this, I’ll do this again”. So you know, I just needed that finish line about 5 miles sooner. But I had a smile as I crossed the line and then I limped my way to the food tent after giving Clint a hug and got a nice warm grilled cheese sandwich which just made everything feel better. Well everything except for my legs which basically hurt from the hips down…..

We made our way back to the little house we were renting for the weekend and I hopped in a warm bath. And then I pretty much didn’t move off the couch the rest of the evening. When I did move it was to hobble to the bathroom and back. My legs are working almost normal again so probably before long I’ll be looking for my next adventure. 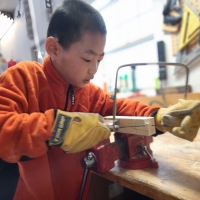 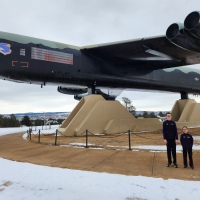 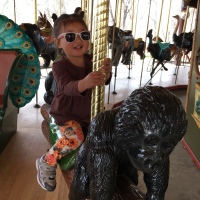 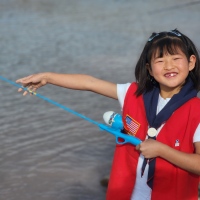 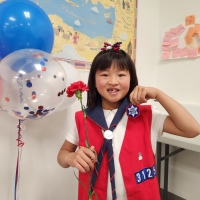