Each of our three little blessings grieved differently and has attached differently. Edric went into total shut down mode for months and had a lot of anger and fear. That fear is still there and I think unknown to him with new situations I think he still has a fear that everything he has ever known will change again. I forget his fear sometimes and wonder why out of what seems like the blue to me he is all out of whack and not acting like himself. It’s taken me awhile to remember and find ways to support and encourage him and help him feel secure. Even just this past weekend, the older two boys got to go camping with my parents and we kept the younger 3 home, Edric would have loved to have gone, but he has speech therapy camp this week and so the timing didn’t work. But it totally threw him off and he was a little pill all day long. I finally had to take some steps back and figure out where he was at and then go back to some focused one on one time and help him feel secure and connected. We spent the afternoon baking poppy seed bread and then tonight wrestling and playing outside both of which seem to help a lot.

Paxton didn’t seem to grieve much initially. He had one day where he was pretty withdrawn but otherwise seemed to take everything in stride and giggles and smiles and laughs all day. However it is at night when all of those emotions come out. He has had some terrible night terrors. They are becoming less and less, but we always know after a new situation it’s gong to be a rough night. Sometimes he struggles waking up from nap time too. Especially if he slept real hard. The little guy just gets super sad and cries and cries and cries. I held and rocked him in the rocker for a good 30 minutes today. I pulled out a photo of his foster family which brought forth a whole new set of tears and more rocking, as I gently whispered “Your Omma and Appa loved you and cared for you so much, mommy and daddy are so thankful for all that they did and we are so glad that you are home and in our family, we love you so much.” It took awhile but slowly he let me comfort him and then after a bit hopped down and took off to play with some toys.

Coppelia grieved super hard at the beginning. Lots of tears. Lots and lots. And full out fits, she would throw herself on the ground and just cry and cry. She would only be calm in the back carrier, but even then that was questionable at best. The crying went on for weeks. And then she suddenly fully and totally attached to me….so much so that if I was out of site she would go back into the crying fits…she would even growl at Clint or anyone else. (She earned herself the nickname T-Rex because she would lumber around and growl at everyone). But then once it was all out of her system it was like a switch went off and she became a happy pleasant little girl (she still lumbers around…but now she only growls if she is really excited or hungry….so the T-Rex name still stands).

I have an idea the grief and fear and loss that these three little ones have faced and will face each day of their lives, and just like each person handles things differently it has been so interesting to see and come along side each of them and try and support them as best as we can each step of the way 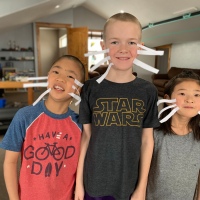 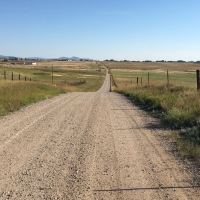 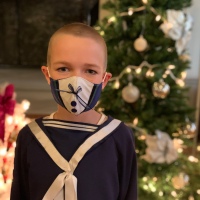