6 Months, And One Brave Little Boy

Edric JoonSoo, it’s been 6 months today since we walked into an office ½ a world away and your whole life changed. You knew something was up, the minute you saw us you ran into Omma’s arms and hid your face in her shoulder and waved and tried to tell us to go “bye-bye”. You wouldn’t look at us and were near tears anytime we were in the same room as you. I won’t ever forget hugging Omma dearly and trying in that hug to thank her for the hours and love that she poured into you and to promise her that you would always be loved and cared for as we stood outside the van behind the agency just before you were passed into our arms. I remember how amazed I was at your strength as those doors closed and you screamed and cried and fought to get out of my arms and back to Omma and Appa. They were the only home and love that you had ever known. 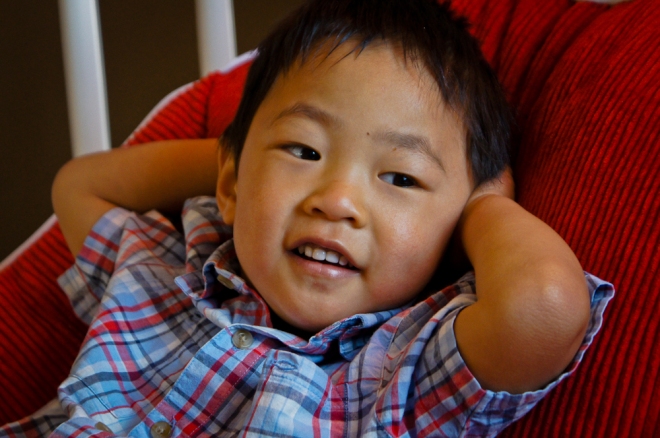 You were a brave little boy that night as we settled into our hotel room and tried to go to sleep snuggled in-between Clint and myself. We tried to keep the same routine that you had always had per what we had been told, but still everything was different. It was clear that the stress of it all got to you the next morning when you woke and realized that what you had hoped was just a bad dream was your new reality. You refused to eat anything and threw up what little was in your empty stomach. It was just easier to shut down and shut everything out which is what you did most of that day as we walked the city while you slept in the carrier. You did wake and finally eat some Ja-Jang-Meyong, and honestly after eating a plateful with you, I could eat that every day as well. The instant version and the attempt at homemade that we have since made here at home are lacking at best.

You bravely held our hands or snuggled into the carrier as we walked the Seoul and then the Tokyo airports waiting for our planes home. I saw a glimpse of your curiosity and tenacity in the Tokyo airport in the family restroom where in the course of the 5 seconds I had to take care of business you managed to push enough buttons and levers to open the door, turn on the sink, flush the toilet, turn the bidet and the shower both on. It was no surprise to me then that on the plane you managed to hit the panic button in the 2 seconds it took me to throw away your diaper in the airplane bathroom. You bravely stayed in our arms as we walked through the international arrival doors to the smiles and cheers and hugs of waiting family and friends. Your two big brothers instantly fell in love and Caedmon graciously stepped aside as the baby of the family and took on the role of big brother to you.

Edric you have been so brave, your whole world changed 6 months ago and yet you have adjusted and settled and learned the whole new norm. The food is different, the routine is different, the beds are different, the weather is different, the language is different, there is very little that is anything close to what your first 29 months were like. The first few months home you were in survival mode and did whatever you could to just get by, and I stand in awe of that. I don’t know if I could have been as strong and brave as you. In fact I know I couldn’t, as evidenced by the times that I have gotten frustrated or been less than understanding with you instead of remembering all that you have been through.

In the last few months we have seen you and felt you go from survival mode to actually living and thriving and just being you. A corner was turned, and actually probably many corners have been turned. And what a little ball of energy, spunk, tenacity, and laughter you are. There is no question about it, you are going to keep us on our toes. You have two older brothers and so we are kind of use to the “boy way” of doing life, but you take that and amplify it to the extreme. There is nothing that you aren’t willing to try and will likely conquer. I have told Clint “I think he is able to climb straight up a flat wall” and today you almost proved me right in that as you latched onto a newly hung hook (meant to hang costumes on) and dead lifted yourself up the wall. Sweet boy I do believe we may become good friends with the local orthopedic doctors because there is yet to be something too high that you aren’t willing to jump off of, or attempt to climb. We now look at objects and ask ourselves “do you think Edric will try and climb that?”. The answer is usually yes, as demonstrated the other night when we caught you after lights out having climbed up the side of the bunk bed without the ladder (we learned long ago to take that out of the room at bedtime so you wouldn’t hand from it upside down when you were suppose to be going to bed). I just shake my head and smile and say a prayer of thanks that at least this time we weren’t headed to the ER. 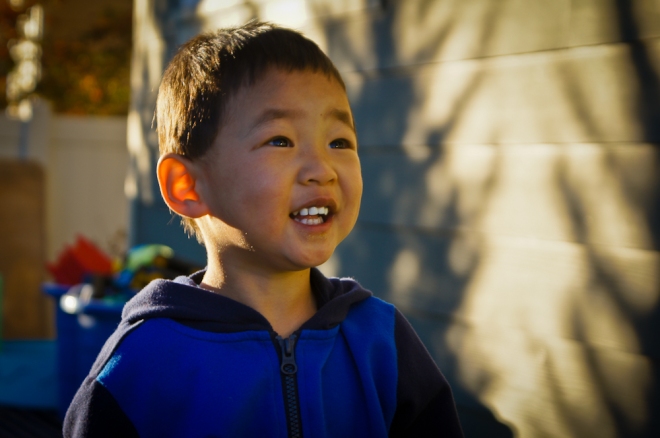 You are full of life and spunk and love to be tickled and often ask us “tickle tickle?”. And while your words are still few, you are working on those and bravely taking on this new life. And even though I joke about your craziness, you are also a big cuddler and love to snuggle in and read a book and just be near. Hugs and messy kisses are a part of our lives now with you. It is sweet to watch you tell your brothers “sorry” and rub their backs as you say it, the same way we rubbed your back and said “I’m sorry” those first few weeks each night as you cried yourself to sleep. 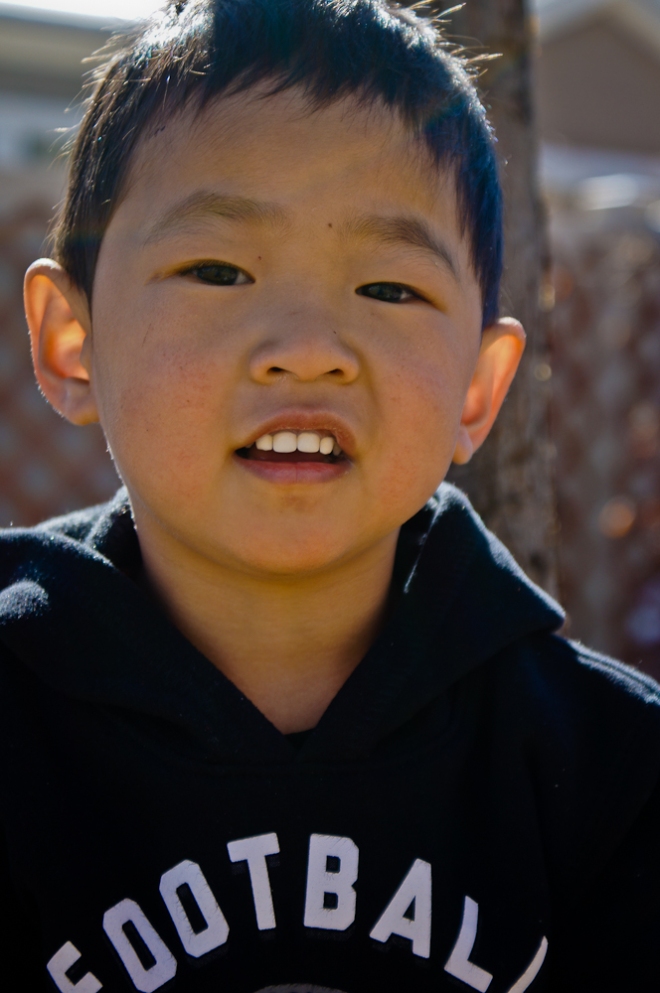 And so sweet Edric JoonSoo, the bravest boy I know, it’s been 6 months. They’ve been hard, there’s no denying that, but they have been sweet and you have taught me a lot, and been so brave and so strong in the midst of everything. Thank you for learning to love me, despite all the mistakes I have made along the way, as your mommy. I am so blessed to call you my son, and hand in hand we will continue to walk this road together. Maybe though, along the way, can we learn to not try and ride the chickens like horses? And to keep our ER visits to a minimum? I love you sweet boy. 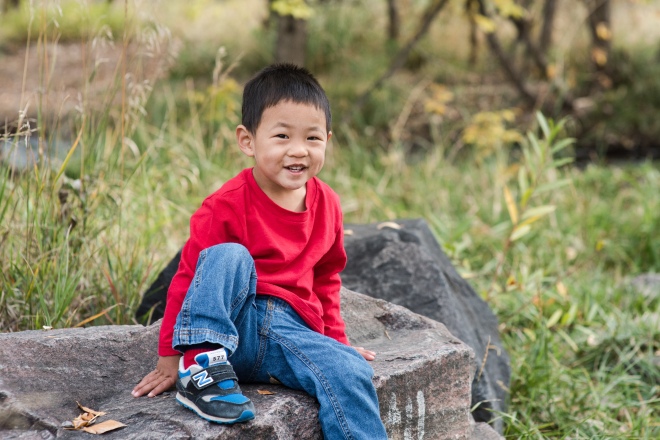